Sexuality is a big area that takes up a lot residence in our lives, as humans we are sexual beings (creatures, if you will). It can raise much controversy among political and religious faction, let me openly state however, that I am a follower of Jesus and openly submit to Gods original design for sexuality. I am not one who can easily check his beliefs at the door. That aside, I am not here to argue and continue the endless cycle of stone throwing among people who believe differently then I.

Rather, my goal is to communicate openly about the desire for intimacy, relationship or whatever you wish to call it these days, as it relates to someone living with cerebral palsy. One might think that there is really no difference between one that has cerebral palsy and one that is able-bodied. While the desire is still there for both, it can be very different.

First, there is some misunderstandings for some regarding cerebral palsy and sexuality. I remember being in my second year of high school, and this chick straight up asked me if I could have kids. I looked at her puzzled and said “um… yeah” I remember wanting to say something snarky, such as “everything works just fine honey”. But I held my tongue.

Mind you though, she probably didn’t have rude intentions behind her question. She was probably generally curious, most people though, I believe, probably confuse cerebral palsy with being paralyzed from the waist down. Which I am not. There are several people with cerebral palsy (men and women) that are mothers and fathers, so the issue then is not that certain parts don’t work very well.

Another area that might come into question, is how people with cerebral palsy plan on being able to take care of their children. This is something that I have thought of as well, I even began to feel sorry for myself and think that it wasn’t possible. But it is, very possible. As long as the person is filled with the determination to make it work. I recently saw a video of a mother, who was in a wheel chair, she would gently slide her daughter across the floor while she was in her crib to feed her.

Another video I saw, was of a women who had much worse C.P. then I, and she would slowly get down on the floor to be with her child. So having the ability to be in intimate relationships (marriages) is not some far off desire one must try and reach out and grab, but how one gets there might be very different.

What I mean is that, when it comes to dating, marriage and sexuality, I find that it takes an extremely special person to enter into the life of someone living with cerebral palsy or any other condition. why? Because not ever one understands and is not willing to deal with what that all may entail. It’s sad but true.

Some people who have far worse forms of C.P. may in fact require more care from a significant other, and that is sometimes something that not everybody is willing to deal with. Which on the flip side of things can make the person living with cerebral palsy feel unwanted or undesirable, which then go back to feeling like a burden and ever so frightening suicidal thoughts.

This for some, may lead to seasons of feeling alone, as though they may never meet anyone. It also may cause some to rush into relationships that will only leave you to endure more pain. But I promise you this, if you can venture on the process of being comfortable in your own skin, the journey won’t seem so long. You’ll be fine with your own company, you’ll have more joy and when you finally do meet someone, the wait will be so worth it. 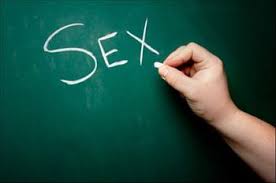 My name is Brandon Ryan, I am 36 years old and reside out of my Omaha, NE. I was born with cerebral palsy and have had the deck stacked against me since my very first breath. The very premise of my life has been overcoming obstacles and coming through great darkness. Doctors didn't I would amount to much, and teachers didn't think I was smart enough to graduate college. Now, I am a, college graduate (psychology major) published author, motivational speaker, certified fitness and nutrition coach and I also teach adaptive self-defense to people will a host of different abilities. I'm extremely passionate about helping those see, that they are stronger than you they know and that they can over come anything! View all posts by brandonryan1984