A few years ago I started competing in Brazilian Jiujitsu, even in spite of the challenges with having cerebral palsy. All of my competition has been abled-bodied, okay, not all I have competed against other adaptive grapplers. And I’m not sure which one fits me better.

Regardless,   the point of this entry, is to explain a revelation that has dawned on me. I have competition anxiety. Many, many athletes struggle in this way regardless of what sport they play. They might do well in practice, but they choke under the pressure of competition, they freeze and forget the training that has led to this moment.

I want to go out on the mats and win, I don’t know anyone that enjoys losing. But the reality is that I have far more losses than I do victories. And that often weighs me down, because when I see so many team mates winning and bringing home medals and then there’s me, the guy that keeps on loosing. Who’s to blame for that? Nobody else but me.

Though I do know another adaptive grappler that has lost  damn near ninety times, and only won one match. That we cripple most (yes, I used the C word) but for this guy, he just kept going out there and competing, loss after loss. Until finally, he scored a W for the win column. This has been my deepest motivation, this is allowing me to have further courage to face my fears.

Fear of defeat yet again, fear of not making my instructors and team mates down… Fear… Fear… Fear. But like I said, that’s why I keep facing this thing. That’s why I let my chest tighten and heart thumb like a dub step song. I know my mind won’t stop racing anytime soon, so why stop competing? God only knows what could happen any given moment. It’s my way of telling the fear and anxiety to @@@@ off, it doesn’t own my life.

Most people wouldn’t have the courage to go out there and loose over and over. I do, for the simple reason that my losses have taught me far more. Don’t get me wrong though, that taste of victory is so amazingly sweet.  But soon, everyone is brought back to the reality of being humbled to their knees. And for me, many lessons have come from there and I’m okay.

Embrace the paralyzing anxiety. Embrace the fear and looping thoughts in your head, they’ll always be there (though probably not as bad) compete anyway, fight anyway. You’ll be better because of it. 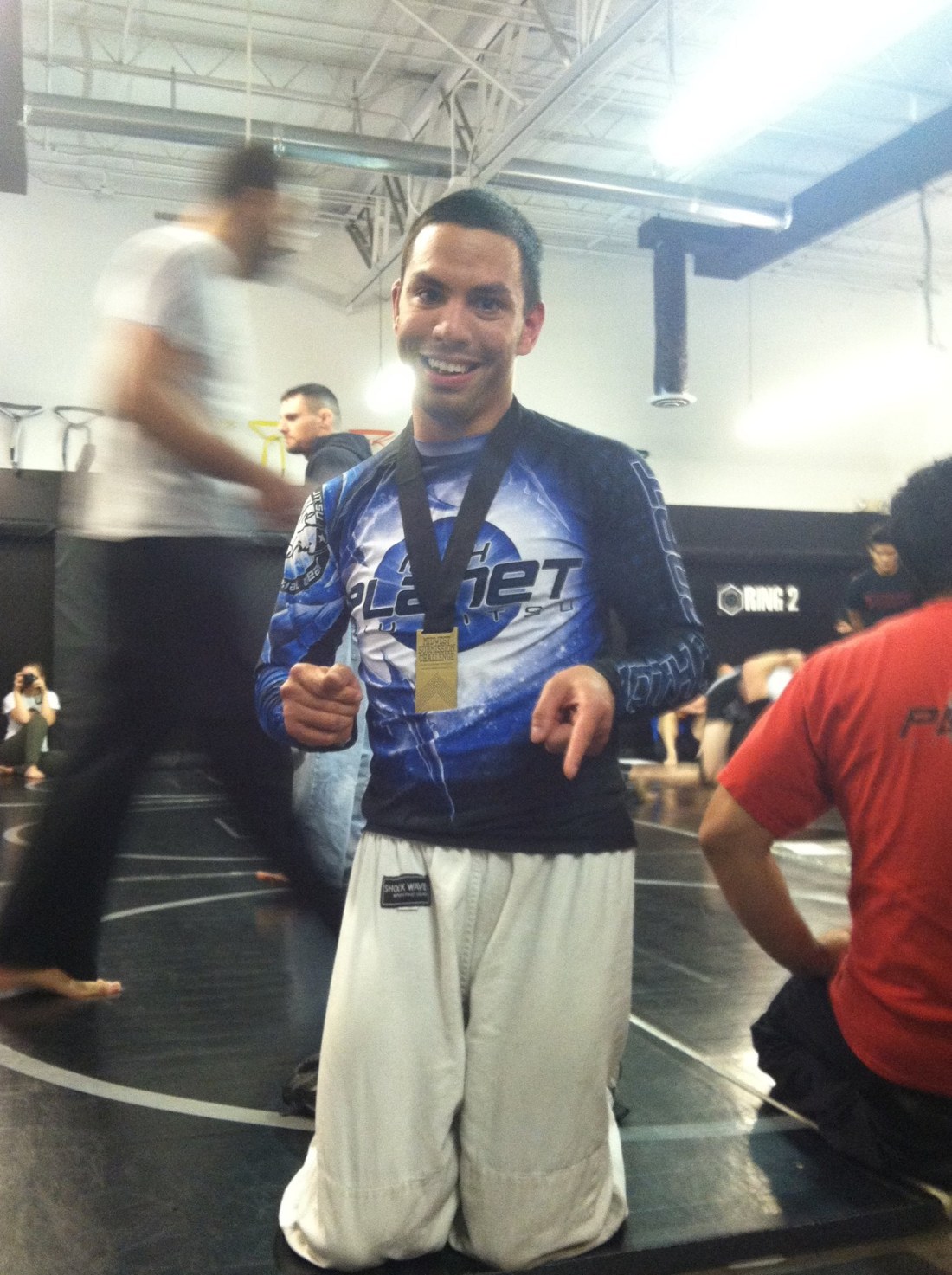 Over the past month, maybe more, I’ve been working a night job at a non profit called Project Harmony. This particular non profit deals with helping guide children who have been abused (either by violence or sexual abuse). Project Harmony also aids in helping parents heal through the process as well. It’s a great place to work, our building has everything under one roof: Police, nurses, a nice unit to stay in should a child or family need a place to stay temporarily

To get the job I worked with another non profit called Vocational Rehab, they helped prepare for the job interview process and so on. It’s honestly amazing how God works for our good. Project Harmony is right across the street from Vocational Rehab. On a morning that I was scheduled for an appointment there, my Dad and I had gotten lost. As a result we pulled into the parking lot of Project Harmony and without thinking I said to my Dad “wouldn’t it be cool if I got a job here?”

Well, looked what happened? A few weeks later, after a few weeks later and a background check (and a job interview-can’t forget that!) I got the job! My job mainly consists of working after hours, buzzing in clients, making sure kids have snacks, water and are enjoying themselves before they go and meet with either the police or therapist. Simple right? It may look simple, but it doesn’t mean that I don’t leave work with a deep anger at the evil and injustice that these kids have had to endure. Emails that come in on different people just turn my stomach inside out.

And I honestly don’t see the full brunt of what the therapists and police have to deal with on a daily basis. To which I have a profound respect for every individual that has to see the much darker side of our work. Alas, in the midsts of see such darkness on the days that I do work. I LOVE my job. My prayer is that God works through me in the small things, brightening the child’s day, smiling at a parent and offering a small bit of encouragement where I can.  Trying to help the police and therapists where I can.

There has only been a struggle inside me, as it relates to the evil that is seen in any capacity where I work. And rightly so, if I wasn’t angry at this evil I would naturally wonder if there was something wrong or off in my soul. At least I hope. As I spend personal time in quiet reflection, I yet again come to the understand that hope and love are bigger than evil. And while evil to an extent calls for a bit of holy anger, it is vastly more important to remember hope.

Remember hope, dwell in hope, live in hope and be hope. Do not become blind or naive to the forces of evil in this world, for doing so creates a unhealthy delusion of granger. But as we have learned in mindfulness therapy, let us learn to be present to the hope that we have and give it as a candle gives light to a dark room.

Jesus. Loves. you. I know that some might dread or roll their eyes regarding the amount of Jesus posts today. Some might even have a good laugh, but I genuinely mean what I’m saying (or rather typing), I know some people might point and say that myself and other Christians in the world or delusional for believing as we do. But the love of Jesus Christ has truly changed me inside and out, it was the love that I have always wanted and needed. The love that I have found in Christ, has moved me away from the yoke of perfection and to embrace the mad love and acceptance that he has poured out upon me. In my estimation, there are not enough words to describe how my life continues to change because of the love of Christ. Your life can change too, as though you were a new creation.

I really suck at relationships…

Who the hell tells a woman that their “into her” on the first date? This guy!

Who the fuck talks too much on a first date? this guy.