For as long as I can remember, there has always been the debate of creation vs evolution. I’ve never really been good at debating my position on the issue. But yes, I believe that God created this world by his artistic hand. I believe that there was a Adam and Eve and by their actions this world spun into the chaos that it is in.

I know some will object by saying “but how? You can’t possibly know that”. But I actually think we can, I think that most people who have undergone tremendous circumstances, that doesn’t mean that everyone who hasn’t endured great suffering couldn’t believe in something greater than themselves.

My point is that people who have suffered are sometimes more open to the idea to the idea that God is with them and will help them in their pain. Yet, suffering can sometimes harden a person’s heart as well. I used to be that way, I thought God was a evil and sadistic for enduring such pain in my life.

But now I know that all the pain has led me to the point of knowing him and how much he loves me. As we enter valentines day tomorrow, yes I feel alone, yes something inside me still hurts. Something inside me longs for a mate to walk through life with. I believe that even Adam felt that way too, even with the tasks that God put before him, or that maybe God knew that Adam would be better off with a helper.

If you’re lonely today, if you long, I want you to first know that God loves you first, he is with you in the longing and pain. There might be some other things that you and I might have to endure first, but it is for the formation of our character and to deepen the intimacy between us and God as well.

It’s not wrong to long for a mate, that in itself is a gift. But one thing we have to consider is that people will never love us fully as God can. People will let us down, hurt us, betrayed us and completely forsake us.  This doesn’t make the ache any less, but we have the greatest arm to rest on as we walk.

Hold your head up, it’s going to be okay. 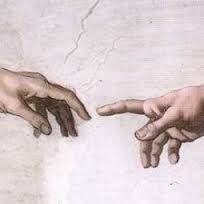